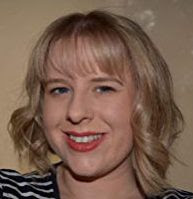 ... to my blog today.  Hello Megan, thanks for being here and I believe you have something very interesting to tell us...

In my latest book, Tangled Vines – a contemporary romance novel, one of my main characters, Frederick Doyle owns a winery in the Heathcote area in Victoria, Australia – an area renowned for excellent wine, especially shiraz.
Frederick’s interest in wine-making is discussed within the novel.  We learn that courtesy of his mother, Odette, he has extensive French family history.  Her grandfather was a wine maker in France before emigrating to Australia, and following in his footsteps, Frederick travelled to France in his early twenties to work in wineries to learn his craft before returning to Australia and establishing Fox & Grey, his own winery – a little ode to France and his family history in regional Australia.
Like Frederick, around 100,000 Australians (at the 2006 Australian Census) claim French ancestry, either alone or with another ancestry.
According to the Immigration Museum in Victoria, French influence in Australia dates back to the 18th Century when French explorers begun arriving on Australian shores, followed by officers, then by free settlers and merchants – many of whom became land owners, establishing businesses, farms and wineries.
The Gold Rush of the 1850s saw further French migration (in fact, largely to areas where my book is set in regional Victoria) and 1892 saw the establishment of the first foreign language newspaper in Australia, Le Courier Australien, according to the Immigration Museum.  Post World War II also saw further migration from France, and from all over Europe, as many people made Australia their home.
With ancestry from Ireland on his father’s side and from France on his mother’s, Frederick is interested in both and there is little doubt how the differences between the cultures have formed his own personal interests and character.
He is acutely aware of his family history and in one scene, he visits the Royal Exhibition Building in Melbourne with his love interest, Amelia.
Like Frederick, this building is one of my favourites in Melbourne. It was constructed for the 1880 International Exhibition, which saw merchants and delegates from countries around the world attend to further trade and investment opportunities, including those from France.
The building still stands in Melbourne’s Carlton Gardens, which was constructed to host the 1880 International Exhibition, which saw merchants from a number of countries visit to further trade and investment opportunities.  According to The Argus Newspaper, which reported the event in considerable detail, the French ‘court’ at the exhibition displayed products for trade including toys, clocks, artificial flowers, pottery, fabrics, glassware, silk and tapestries.
And Frederick’s ancestor, well, according to Frederick, his ancestor was a French naval officer who may have gone ‘AWOL’ and decided to stay in Australia after the exhibition ended!
The Royal Exhibition Building later hosted the first sitting of the Australian Parliament and continues to host large events today such as the Melbourne International Flower and Garden Show.  It’s surrounded by the Carlton Gardens as part of the museum precinct, and in fact, is the largest ‘item’ in the museum’s collection.
Family and ancestry is a big part of Tangled Vines and it was such a pleasure to write some of Frederick’s family tree into the book and understand a little of the French influence in trade, culture, food and art that has helped shaped Australia today. 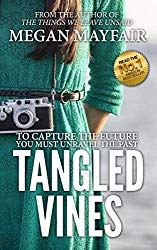 ...about the book  Amelia O'Sullivan is a photographer who has always viewed herself through the wrong lens.  When her marriage publicly crashes around her, she flees to the safety of her aunt's country property to pick up the pieces.  Can she adjust her focus to what she really wants from her life?
Born into a wealthy and powerful family, Frederick Doyle may seem like a man who has it all, but behind the scenes, a bitter business feud threatens an irrevocable family split.  As he fights for control of the winery he'd built from the ground up, he finds a supportive ally in Amelia and becomes increasingly beguiled by her creative spirit.
Jill McMahon is a successful novelist suffering from writer's block over her latest manuscript.  Finding her niece, Amelia, at her door, reminds her of the bonds of family, but in seeing Amelia and Frederick's relationship grow, a long-forgotten and painful secret threatens to re-surface.
Can Amelia, Frederick and Jill untangle themselves from their pasts or will history simply repeat itself?


...about the author  Megan Mayfair writes about families, intrigue and love.  Every book contains a bit of humour and a lot of heart.  She lives in Melbourne, Australia with her husband and three young children, and has a background in public relations and higher education.
Megan drinks far too much coffee and has an addiction to buying scarves.  She interviews other authors for her blog series, Espresso Tales, and loves a bit of #bookstagram.
Her debut novel, The Things We Leave Unsaid, and second novel, Tangled Vines, were both published by Crooked Cat Books in 2018.  Her third book, The Problem with Perfect, will be published in 2019 by Crooked Cat Books.