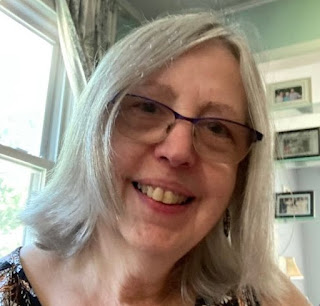 ...joins me on the blog today.  Hi PJ, thanks so much for being here.  I believe you have a new novel out and it has its roots in history, so I'm hooked already!  But please tell me more...
PJ  I’ve always had a fascination with the past.  As a kid, I devoured tomes about Victorian England, the Tudors, and the Plantagenets as if they were candy.  I loved reading about royalty, the rich upper crust, and the poor and oppressed.  But it wasn’t until I began researching the kernel of what would eventually become my debut middle-grade novel, Violet Yorke, Gilded Girl: Ghosts in the Closet about a poor little rich girl in 1912 Manhattan who sees ghosts, that I realized that the states had its own version of the Wars of Roses.  Not as bloody, perhaps, but just as lethal and effective.
In America, Manhattan was the epicenter of the Gilded Age, a time of intoxicating new, progressive ideas.  Things were changing.  Well, not everything, and not fast enough for some.  If you were rich, you were really, really rich.  On Wall Street, fortunes were made and lost.  Obscene mansions built by the nouveau riche sprouted like weeds.
The Four Hundred, so-called as reportedly ‘there were only 400 hundred people in fashionable New York Society’, was run with an iron glove by Mrs Caroline Schermerhorn Astor, the wife of businessman William Backhouse Astor Jr.  A prominent socialite, Mrs Astor was determined, along with the help of confidants and cohorts, to uphold the stringent standards of etiquette and behavior of old money and tradition against a swarm of threatening arrivistes.  A word, a nod, a wink, a look, or a whisper from Mrs Astor and her powerful friends could banish people from polite society in an instant.
Luckily for my poor little rich girl Violet, who was orphaned as a toddler when her parents were killed in a ‘random’ robbery, her grandmother was one of Mrs Astor’s best friends and firmly entrenched in the Four Hundred hierarchy.  Violet was expected to fulfill her duty as a member in good standing: to be obedient, compliant, and in time, make a good match.  That Violet had no intention of doing any of these things, well, that’s another story entirely.

about the book… She sees ghosts…but are they malevolent or friendly?
Poor little rich girl Violet Yorke has seen ghosts for as long as she can remember, but no one believes her.
Not stodgy Grandmother, who took charge of the heiress after her parents were killed in a failed robbery. Nor kind-hearted Aunt Nanette, or Uncle Bertie, a charming rogue.  Not even the patient Hugo Hewitt, Violet’s godfather and trustee of her vast fortune.
Everyone dismissed the child’s insistence about ghosts as a harmless eccentricity—until the night her bedroom caught fire.  Violet was promptly sent overseas, fuelling her anger and resentment.
Two years later, a rebellious twelve-year-old Violet is on her way back to Manhattan on the doomed Titanic.  As the ship sinks into the deep Atlantic Ocean, she’s put in a lifeboat by an apparition who rescued her from the clutches of a jewel thief.  Presumed lost at sea, Violet shocks everyone by crashing her own funeral.
Following Violet’s recovery, Grandmother has grand high society designs for the girl, but Violet has other ideas.  She’s determined to uncover the secret of what really happened to her parents.  Then there’s the mystery of the moon-faced boy at gloomy Dunham Hall and his connection to the ghost on Titanic.  Also hot on Violet’s trail is the jewel thief, the specter of her murdered governess, and a vengeful ghost lurking in Violet’s childhood home.
Being a poor little rich girl in 1912 Gotham isn’t all it’s cracked up to be in this delightfully dark and droll supernatural historical fantasy.
You can get the book on  Amazon
You can follow PJ on her  Website  on  Facebook  Twitter  and on  Instagram
Posted by Angela Wren at 06:00 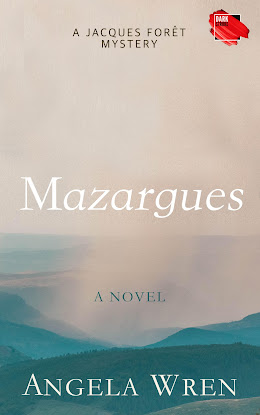 'This series just keeps getting better! Would recommend it and other books in the series,' said a UK reviewer. 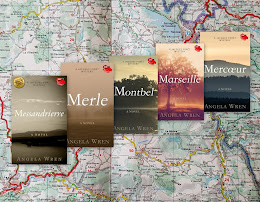 'If you like cozy mysteries, don't miss' these books said Canadian author and reviewer Allan Hudson 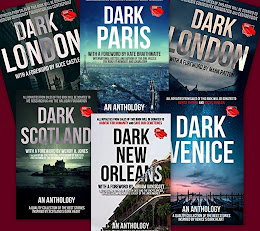 Discover dark and compelling tales in these anthologies

Stories from both sides of the Atlantic 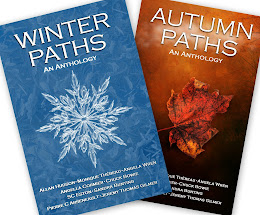