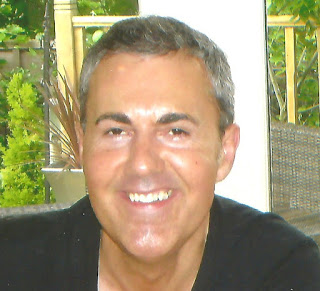 ...to the blog this week.  Hi, Grahame, and thanks for taking some time out to be here.  Tell me, what is your current work in progress?
GP  I’m currently working on my seventh book, which is the fifth book in my Ghost from the Molly House Series, which I hope to bring out later this year.  In March I published my latest book ‘A Journey into Fashion (The Dressing Room)’.  It’s fictional and is an amusing, coming of age story about the power of love and friendship, and of course, it’s about fashion.
AW  What first got you into writing and why?
GP   I retired nearly five years ago from the NHS, and I’d always enjoyed writing, but most of it had been work reports and academic assignments.  I like writing about my home town of Huddersfield and thought I had a story to tell; my writing grew from there.  I think it takes a lot of bravery to write and put your work out there; it’s very exposing, so it took a lot of courage; I’m still learning.
When I published my first book in 2014 (no longer in print) I had one scathing review, it was done with real venom, it was a real rant, and although some of the comments were justified, a lot of the things that were said were incorrect and untrue, it almost felt like a personal attack.  So, I lost confidence for a while, but slowly I picked writing back up again, and the scathing review taught me a valuable lesson.  But as I say, I’m still learning and probably will never stop, like it or not; everyone has an opinion.
AW  You write ghost stories and novels set in the world of fashion.  They are such diverse subjects; how did that happen? 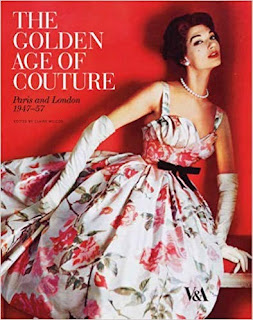 GP   Good question!  I’ve always been interested in high-fashion, I’ve no idea where it came from, but it’s always been my absolute passion.  I wanted it to be my career, but young working-class men from the North of England, did not do fashion in the early 1970s, it’s all in the new book.  A Journey into Fashion is fiction, but I’ve tried to tell what I hope is a touching, honest, yet humorous coming of age story.  It starts in 1956 and covers a 40-year period, and although the book is aimed at people who are interested in and enjoy fashion and fashion history, there’s far more to it than that.  I’ve tried to tell a fashion story from a totally different perspective, my story isn’t based in Paris, London, New York, or Milan, but in the Northern textile town of Huddersfield!  Yet it’s full of the big historic fashion names, I think I’ve made it work, but the only way you’ll know is by reading the book!
In terms of my ghost stories, I like history, and I’d read a book by Rictor Norton called Mother Clap’s Molly-House, which is fascinating.  It’s a well-researched book about the ‘Gay’ community in London of the 18th century.  I’d wanted to create a ghost story, and it gave me the idea for a ghost who had experienced a lot of hardship and witnessed terrible cruelty and awful injustice in his life.  I wanted him to be sympathetic and accept people for their kindness and good nature, not their wealth, position, gender, the colour of their skin, their religion, nationality, or their sexual persuasion.
I wanted a character who looked for the goodness in people, but who understood there was also evil and badness in the world.  So, I created a sympathetic time-travelling ghost called Jasper Claxton, with super-powers and a wicked sense of humour.  He’s not gay by the way, not that it matters, and he has all sorts of adventures all over the world in different time periods.  I developed a different set of characters depending on which period he’s in, and I keep returning to them.  I love them all; somehow they have become part of me.  Jasper is great fun; he’ll run and run, because he can go anywhere in any period, past, present, or future, giving me endless story opportunities.  I just have to come up with the ideas!
AW  Ghosts and fashion, how much is solid research and how much is imagination?
GP  I do a lot of research for my books, I have an almost encyclopedic knowledge where fashion is concerned, particularly for the ‘Golden Age’ of haute couture from the early 1930s to the early 1960s and the great haute couture houses like Patou, Balenciaga, Vionnet, Lanvin, Gres, Poiret, Schiaparelli, Chanel, Dior, Balmain, Givenchy, Fath, Valentino, and YSL.  Then there were all the Hollywood costume designers.  I still follow today’s designers, but for me, they don’t have the magic or allure of the ‘Golden Age’.  People’s lives are so different today, let alone the huge cost of the clothes.  However, fashion has a way of creeping into all my books. 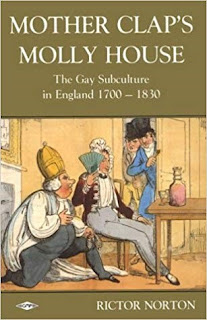 In terms of my ghost stories, it’s often real history that leads, drives or inspires the story, I do a lot of research, and then I add fantasy.  My ghost Jasper can do anything with his super-powers, but I try to make him as real as I can, I want the reader to feel he still has limitations, it helps to add a bit of drama to the story.  I worry what someone might think if they looked at my internet search history, what with the devil, black magic, the occult, demons, voodoo, witches, werewolves, wars, torture, cults, and spells to name only a few!
AW  Famous authors, such as Roald Dahl and Dylan Thomas, had a special space for writing.  Do you have a writing ‘shed’ of your own?
GP  I have a special chair in our garden room.  I sit there with my laptop on my knee, and off I go.  We do have an office at home, but I don’t use it very often, I like my chair.
AW  Finally, if you had a whole afternoon to yourself and could choose to spend it with any one individual, living or dead or a character from a book, who would it be, and what would you want to discuss?
GP   For me it would have to be the late Cristóbal Balenciaga, the most celebrated haute couturier who ever lived, he was known as the couturier’s couturier, Dior called him ‘the master of us all’.  I’ve visited the Balenciaga museum in Getaria in Spain; I was allowed to have the whole museum to myself after it had closed, it was a 60th birthday present from my family.  It was eerie but amazing.  I would want to know everything about his early life in Getaria, what had inspired him and how he developed his many couture innovations and fabrics.
I do know a lot about him, but it would be good to hear it from the man himself, although he was quite a reclusive character, he rarely gave interviews.  Of course, there are many others. 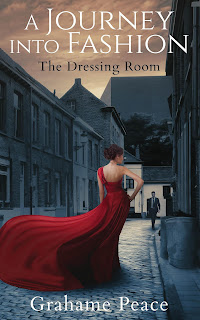 ...about the book  A Journey into Fashion (The Dressing Room), is a story about the healing power of love and friendship, it’s also a celebration of the high-end fashion world.  It’s a touching, amusing, coming of age story, set in the North of England.  It starts in the late 1950s and describes one man’s 40-year journey from humble, unhappy beginnings to find himself and build a future while striving to make his dreams come true.  His is an unusual story driven by self-doubt, dogged determination, and hope to enter the world of fashion; it’s a journey full of diversions.  The story covers a number of significant events and is told with honesty, and humour and takes you on his voyage of self-discovery and into fashion.
...about the author  Grahame Peace was born in Huddersfield in West Yorkshire, England, where he still lives.  He writes humorous, paranormal-historical-fantasy, mystery, and fashion fiction.  Grahame has several nursing qualifications and a degree in Health & Social Care, and a master’s degree in Innovation and Leadership.  He worked for many years for the National Health Service in Mental Health Services, before becoming a full-time writer.  So, he knows about ‘life’ and the many challenges, and ups and downs it can throw at people.
He’s always had a fascination with the history of fashion, especially the high-end fashion industry, which is evident in several of his books.  His other interests in no particular order are: keeping fit, fighting off the ravages of time, theatre-going, music, history, the cinema, good coffee, travelling, reading, cooking, oh and the odd glass of white wine or anything that sparkles!

You can get Grahame's boooks from Amazon
Posted by Angela Wren at 06:00