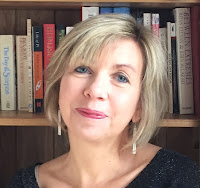 ...to my blog today.  Thanks for visiting and Rosie is here to tell us about her latest book...
My debut novel, Theatre of Dreams tells the story of an unlikely trio of characters united in their desire to save a historic local theatre from demolition.  Kitty Keaton, owner of Hookes Bay pavilion and former all-round entertainer, recruits a hapless young actress to play a part in her elaborate scheme to defy local property developers, while a dedicated conservationist works behind the scenes on a more legitimate plan to save the building.
Choosing a theatrical setting for my novel was like opening up a box of delights, providing the opportunity to create a wonderful cast of characters.  I am not a theatrical person, in fact, any form of public performance would have me running a mile, but that’s not the case for other members of my family.
My daughter Ellen is a natural born performer.  She started ballet lessons at the age of four and eventually studied at the Royal Academy of Dance.  Ellen took to the stage without any qualms at all and I suspect she inherited her love of performing from my grandmother.  Grandma Mary hailed from Yorkshire and passed away when I was just 18.  She was a big fan of the music hall.  Without a doubt, she modelled herself on Gracie Fields, and although she didn’t follow her idol into a professional career on the stage, as an amateur, she performed well into her seventies.
When it comes to writing, I’m a pantser, not a plotter and I always start with a character.  I’d been toying with the idea of a story about a gritty, gutsy veteran performer loosely based on Grandma Mary for some time, but I didn’t quite know what to do with her until I discovered the existence of The Lee Tower entertainment complex in the quiet Hampshire seaside town of Lee-on-the-Solent.
After reading about the building – a vast art deco pavilion constructed in 1935 and demolished by the local council less than 40 years later, I wondered why it hadn’t been saved for prosperity, which led to further research into building conservation campaigns. I realised I had found a cause for my elderly ex-performer.  She was going to save her family’s historic seaside theatre.
I’ve seen from my own daughter’s experience how tough you have to be to make a career on the stage – Ellen eventually opted for teaching over performing.  During her training, I encountered numerous dance tutors and professional performers.  These people were dedicated, disciplined and quite ruthless.  I knew Kitty would have to be a tenacious, resilient old bird so I gave her a colourful past, beset with personal tragedy.  But like a real trouper, the show always had to go on.
I threw in a young actress to provide some cross-generation banter which then developed into a whole new plot twist, and introduced a handsome conservationist-cum-architect as my leading man.  With a quirky supporting cast and the addition of a traditional villain or two, The Theatre of Dreams was born. 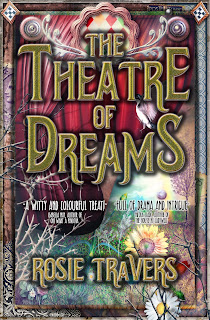 ...about the book  Musical Theatre actress Tara is down on her luck and in desperate need of a job.  When terminally-ill octogenarian Kitty invites her to take over the running of her former dance academy in the old-fashioned resort of Hookes Bay, Tara thinks she’s found her guardian angel.  But it soon becomes very clear Kitty is being far from benevolent.  Too late, Tara realises helping Kitty will signal the end of an already tarnished career unless she can pull off the performance of a lifetime.

...about the author  I grew up on the south coast of England and after initially training as a secretary I juggled a career in local government with raising my family.  I moved to Southern California with my husband in 2009 and began a blog about life as an ex-pat wife which re-kindled a teenage desire to become a writer.  On my return to the UK I took a part-time course in creative writing and following some success in short story competitions, I joined the Romantic Novelists Association New Writers’ Scheme.  My debut novel, The Theatre of Dreams, was published by Crooked Cat Books in August 2018.  My second book, Your Secret’s Safe With Me, will follow next year.