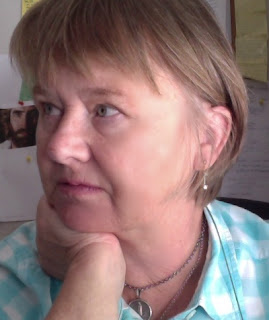 ... to my blog today.  Hello, Sue and I know your schedule is jam-packed so let's get to the questions...

AW  What is your current release?
SR   My new book is called Forest Dancer.  It’s set in Portugal (in a fictitious village near Sintra, which is about twenty kilometres south-west of Lisbon).  Sintra is part of a protected nature reserve and was the playground of past Portuguese royalty as it’s much cooler there in summer than in the city.  Forest Dancer is one of those novels that falls between genres but I think it would largely appeal to women rather than men.  It’s part romance, part suspense, part light-literary.

about the book... It’s a long way to go to create a new life for yourself.


Classical ballerina, Flora Gatehouse, has no choice but to take a risk. Having failed an important ballet audition in London, she moves to a small cottage in a forest just outside Lisbon, Portugal, her only inheritance following her father’s death.


Soon, Flora is involved in village life, where fate takes a new twist when she becomes attracted to forest ranger, Marco. But they are off to a shaky start.
Can Flora find acceptance in a foreign land, in a magical place that harbours secrets and heartache?

AW   What first got you into writing and why?
SR   Nine years ago I had a medical problem which meant I couldn’t work (I was an English teacher for the Portuguese Civil Service).  With time on my hands, I could indulge myself in doing what I’d always wanted to – write.

AW  You write Romance, Mystery, Fantasy, Contemporary novels.  Is it all imagination or do you also undertake research?
SR   Both, although I do a LOT of research.  Forest Dancer has a London classical ballerina as the main character and, despite what one reviewer said (she thought I was a ballerina too), I don’t know much about the profession.  I also had to research the trees in the Sintra area, as well as check the work of the other main character – a forest ranger.  My previous book, Rising Tide is also set in Portugal – on the Alentejo coast.  The main characters are fishermen which meant talking to lots of them.  I also have a female bullfighter in it, so I had to find one to talk to. I found one!

AW  And what about other types of writing?  Have you ever dabbled with short stories, for instance, or other genres?
SR   My second novel, Hewhay Hall, is a dark fantasy set in the contemporary UK.  I’m not quite sure where that came from but my imagination ran riot on that one.  And my first novel, Perfect Score was set in 1960s USA.  You can’t say I’m not eclectic. Perfect Score is about the obstacles facing two young men who fall in love.  Gay relationships weren’t easy at that time, and as one of the characters suffers from severe dyslexia he has an even harder time.

AW  Finally, if you had a whole afternoon to yourself and could choose to spend it with any one individual, living or dead or a character from a book, who would it be, and what would you want to discuss?
SR   I’d go and visit Bilbo Baggins from The Hobbit in his cottage.  And I’d take Charles Dickens with me.  I’d love to experience Hobbiton, the cottages and easy, friendly way of life.  I’d see if he’d take us to see Tom Bombadil in the forest (and maybe see an Ent?) to satisfy my love of trees.  As my books are very much setting and character oriented, I think Charles Dickens (who is definitely character-loving) could give me some brilliant ideas for future stories – even if they are fantasy. 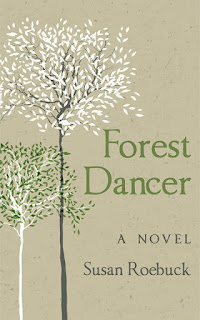 AW   Most interesting.  Thanks for being here and I wish you well with the book.
SR   Thank you, Angela. It’s been fun chatting with you.


You can get her book here Forest Dancer

And you can follow Sue on Amazon  on her Blog