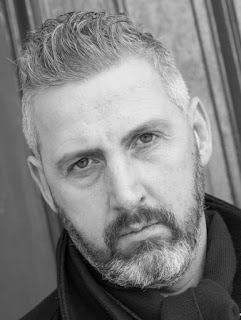 ... to my blog today.  Hello Martin and thanks for making time to be here, I know you've just had your first book published and I know how busy preparing for that can be.  So, tell me all about it...

MG  A Mind Polluted was published on May 10th.  Here's the blurb :

His world falls apart… Triggered by overhearing a confession from his mother's lips when he was a young boy, Connor Boyd carries the burden of the secret through his life. Is falling in love his saviour? Or will he embark on a journey down a self-destructive path which ultimately leads to his version of justice? Will he concentrate on his future, or be consumed by his past?

AW   What first got you into writing and why?
MG   Despite being an avid reader for many years, I had never contemplated writing until the murder of the MP Jo Cox in June 2016. This was at the time of the Brexit vote when there was a lot of anger and frustration. After the initial shock, I began to think about the person who committed this horrific act. What happened in their life that led them to this point? What was their childhood like? When details of his life became available the seed was sown for my novel.

AW  You've written a psychological thriller.  Was it all imagination or did you also undertake some research?
MG   There was very little research required for, A Mind Polluted.  It really is pure imagination.

AW  And what about other types of writing?  Have you ever dabbled with short stories, for instance, or other genres?
MG  When I was around three-quarters of the way through my novel, I began to write some short stories and have had the experience of reading some at a book launch and various spoken word events.

AW  Famous authors, such as Roald Dahl and Dylan Thomas, had a special space for writing.  Do you have a writing ‘shed’ of your own?
MG  No, I would love that.  However, anywhere at home that is quiet does it for me. 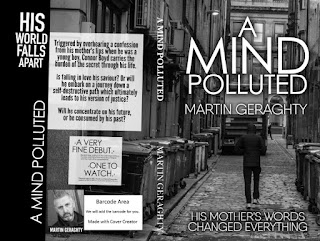 AW  Finally, if you had a whole afternoon to yourself and could choose to spend it with any one individual, living or dead or a character from a book, who would it be, and what would you want to discuss?
MG  I would choose to be a character in one of my favourite novels, This Is Memorial Device by David Keenan.  We would talk about obscure bands and how they were going to change the world.