Relationships... We all have them... 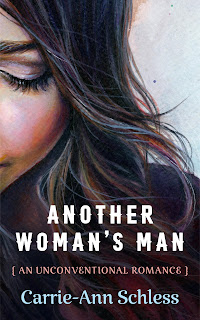 Not necessarily the girlfriend/boyfriend type.  I’m talking about the relationship a mother has with her son, a grandchild has with their grandparent.  Even the close relationship between best friends.
Family doesn’t always mean flesh and blood.  I know that blood is meant to be thicker than water but you hear too many times about parents turning their back on children, and siblings stealing each others wives.  Sometimes it’s the family we choose for ourselves that stand by us thick and thin.
But what is it about family?  I have a very large family.  Myself, I grew up an only child as my brother passed away when I was only two.  Him being just a few months old.  But my mum is one of six and my dad is one of eight, and with that comes cousins and second cousins and first cousins once removed etc etc.
I don’t think I’ve ever met all my cousins.  I’ve certainly never had them all in the same place at the same time.  I have a few I know well.  The ones that used to visit often when we were growing up, and the one that grew up just down the road.  I grew up in East Sussex and Liverpool was so far away, but that is the beauty of family.  These people that in normal times would be complete strangers, are part of our lives and we love each other even though we barely know each other.
We’ve had a couple of Long Lost Family moments of our own in the last few years.  It turns out that mum doesn’t have six siblings, but six and a half as her dad had a baby not long before my mum left home.  So, now all grown up, I have an Aunt who is only two years older than me, and guess what… three more cousins!
Our family has had a big hole in it since way before I was born.  My mum’s biggest sister moved to Australia when my mum was only three, and they lost contact with her when their mother died when my mum was only eleven.  Aunt Bernadette has always been spoken about but non of us ever thought we would see her again.  How is it so possible to miss someone you’ve never known, but I have.
We tried writing to Cilla Black, Davina MacCall and trawling through records to find her with no luck.  I even searched Facebook for people with the same name as her and her two children.  Not one lead to anything.  Then last year, on Boxing Day, we got an announcement we never expected.
Aunt Bernadette had been found.
My auntie Teena gave us the news.  We being so far away joined by skype as many of our other family members crammed into their utility/computer room.  There were tears of joy and laughter.  The news we had all been waiting for was finally here.
The six siblings all journeyed to meet her, in Venice of all places, and finally after 46 years they were all together.
On the 23rd December 2017 I finally got to meet my long lost aunt.  It was amazing.  She had travelled all the way from Australia to spend Christmas with us all and cook us Christmas dinner with Teena.  Her thirty plus hours of travel put our six and a half to shame.  It was an amazing few days, going round to their last remaining aunts and uncle and hearing them all share stories of the past.
Watching my great uncle, who is 92 and partially blind, look at his niece and say 'I never thought I would see you again' broke my heart.  We spent days each of us in turn crying, sometimes setting the other off.  We are a very emotional family it turns out!
But the strangest thing is, even though I had never met her before and even after five days of speaking, I barely even know her.  I love her.  She is family.  It is like she’s never been away.


about the book...  What if you’re in love with another woman’s man?  Casey Turner finds herself sad and single again after a seven-year relationship.  Having suffered multiple miscarriages, she is adjusting to the realisation she will never be a mum, just as all her friends are getting married and having children.  Feeling alone, she finds herself drawn to a man she can’t have: her ex’s best friend.  Although he has a girlfriend, she can’t stay away.  But does he really care for her, too, or is he just having his cake and eating it?  Torn between her feelings and her morals, is Casey destined to follow the wrong path, or will she see sense before time runs out?  Available now on Amazon  and the launch party is on January 12th... Join the party Book Launch 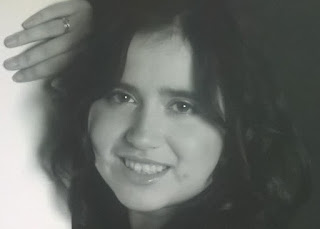 about the author... Carrie-Ann lives in South East England with her three children, her cats and her dog with her mum just a short drive away.  She is never bored.  She fills her time with reading, writing, tv series binge watching, amateur dramatics, dog walks, dinner with friends, the park, taking her children to clubs and the odd glass or three of something alcoholic.
Carrie-Ann is a self confessed Social Media addict who can normally be found somewhere floating around the World Wide Web.  However, learning to use it for marketing has been a trying experience.  She would love you to get in touch by connecting to her on Facebook or on Twitter, Instagram, Snapchat and other sites. All can be found at http://www.carrieannschless.com