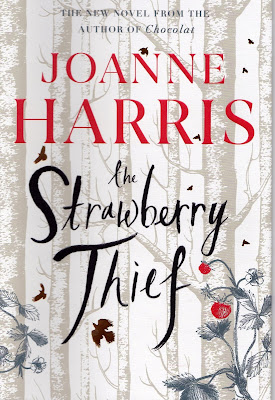 This is the fourth book in the series that begins with Chocolat and, I have to say, I awaited the publication of this story eagerly.  As soon as my copy arrived I was tempted to forget everything else I was required to do and sit down and read it.  But I waited until I was in France and then, in the shade of a large tree, began reading.
Vianne Rocher has returned to Lansquenet-sous-Tannes.  This is the fictional town in Chocolat that is apparently inspired by the real town of Nérac in the département of Lot-et-Garonne.  Despite her difficulties with the local priest, Reynaud, in the earlier story, Vianne has settled into village life.  She has her chocolate shop on one side of the central square, from where she supplies her friends and neighbours with exactly the right sweetmeat or blend of coffee or hot chocolate as they require it.
But time has moved on for everyone.  Vianne’s eldest daughter, Anouk, is now 21 and living in Paris.  Her second daughter, her special child, Rosette, is 16 and becoming independent in her own special way.  For Vianne, the passing of time and the changes within her family are something she knows she has to accept.
The story primarily unfolds through the eyes of Vianne, Rosette and Reynaud.  Each has their own distinctive voice and it was pleasure to get to know the character, Rosette and to re-acquaint myself with the characters of Vianne and Reynaud after such a long time - the last book, Peaches for Monsieur Le Curé was published in April 2012, so it has been a long wait for this one.
The story begins in March, it is the beginning of Lent and Vianne senses change.  Against the back-drop of the sleepy French town, Narcisse the florist dies. A new trader moves into the village, a will creates a stir and a lot of antagonism and a letter, a very important letter sets the local community one against the other.
I really, really enjoyed this book.  The various plot lines are intriguingly and carefully woven together.  The characters live on the page as you read and, from first picking it up, I could not put it down.  I most sincerely hope I will not have to wait quite so long for the next story about Lansquenet and Vianne.
Posted by Angela Wren at 06:00