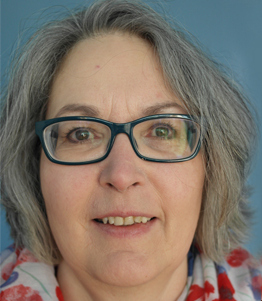 ...is visiting my blog today.  Hello Jacquie and thanks for giving up some of your valuable time to be here today...

JC   Hi Angela.
AW  You're a writer of short stories and also a contributor to the anthology Miss Moonshine's Emporium of Happy Endings.  What sort of stories do you regularly write and where can we find you?
JC  I mainly write short stories for women’s magazines including Woman’s Weekly, The People’s Friend, My Weekly and Take A Break in the UK, plus a couple of overseas magazines.  The story subject matters are wide-ranging but cover universal issues that affect women e.g. relationships, motherhood, loss, temptation, etc.  Short ‘twist in the tale’ stories are always popular and humour goes down well too.  The stories have to be tailored to the readership of each of the magazines so if anyone fancies having a go, my number one piece of advice would be to read the magazines and get a feel for what they want.  Word counts and current submission requirements can be found on the excellent Womagwriter’s blog:
https://womagwriter.blogspot.com
AW  Thanks for the tip.  So tell me, what's it really like being a professional short story writer?
JC   It’s The Best Job Ever.  I work in my pyjamas or in my garden.  Sometimes both.  I can spend hours watching TV, reading a book or staring into space and call it research.  I can legitimately eavesdrop on any conversation.  Some stories take ages to write but some I can’t type fast enough.  Unlike writing a tightly plotted novel, if a short story isn’t going well I can introduce a ghost, a dog, or a murder without worrying about repercussions further down the line.
AW   What first got you into writing and why?
JC  In my day job I often worked with people with mental health issues and I tried to encourage them to use journaling as a way of relieving stress and anxiety.  One day it occurred to me that I was stressed and anxious too!  Soon the stream of consciousness stuff fell by the wayside and I was plotting and planning longer pieces and novels.
AW   The word 'story' implies a fiction.  Is it all imagination or do you also undertake research for your stories? 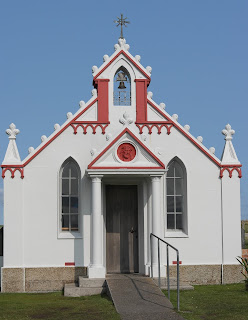 JC   Considering how many people I have killed over the years, I would like to state categorically that imagination plays a huge part!  Like most writers I often wonder how much trouble I’d be in if someone were to check my browser history.  I’m thinking particularly of the various poisonings…
On a trip to Orkney I had the pleasure of visiting the chapel built by the Italian POW’s who were held there during the war.  Seeing the chapel and the beautiful setting got me thinking about how very different those men’s experience of a POW camp would be from, say, prisoners building the railway in Burma and an idea emerged for a story.  Last year I wrote a story about the suffragettes and I really enjoyed the research.  I love that I get to research a wide variety of subjects without having to know my subject inside out the way a novelist does.
AW  Have you never been tempted to write that novel that they say is in all of us?
JC   My first attempts at writing for publication were novels.  I even finished one or two but usually I got bored with the story long before the end and wanted to run with my next ‘brilliant idea’ instead.  I don’t have that problem with short stories.  I can be writing about evil dolls, a contemporary romance and a historical all at the same time.
AW  Famous authors, such as Roald Dahl and Dylan Thomas, had a special space for writing.  Do you have a writing ‘shed’ of your own?
JC   I write in a corner of my bedroom.  Now, with my kids grown up and gone, I suppose I
could claim a room as an office but I’m a creature of habit and find it very difficult to write 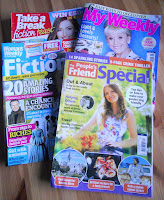 anywhere new.  Writing in my bedroom has a hidden advantage.  At any time I can retire to bed, snuggle under the duvet with my wireless keyboard and as I type, the words magically appear on the screen across the room.  More IT literate people may take that in their stride but to me it smacks of witchcraft.
AW  Finally, what would your eight-year old self think of, and say about, you today?
JC   My eight year old self always had her nose in a book so she would be delighted to learn that despite everything she was told, writing stories is actually a proper job. She has starred in many of my tales, including the first story I ever sold to Woman’s Weekly.  She would, however, be very disappointed by the lack of dragons in my stories.

You can find The Miss Moonshine anthology here


Thank you Jacqui, and another fellow Author on the Edge will be visiting the blog next month, so watch this space...