Nicola Slade to my blog today.  Thanks for being here, Nicola and I know how busy you are so tell me a bit about your latest book...

NS It's a contemporary romantic novel interspersed with historical interludes so that the reader, though not the protagonist, learns the story of the ancient house and the family.  It’s not exactly dual timeline because there are glimpses of several eras, and true to my mystery writing career, murder does raise its ugly head, though only in the historical past – no need for detective work!  Here's the blurb...

A hare carved in stone and the scent of flowers in a house full of echoes – can Freya’s inheritance help her to leave the past behind?
Had I gone completely crazy that first day? To open the door, take one astonished look round, and decide on the spot that I would live there?
To fall in love with a house?’
When Freya Gibson inherits an old, run-down property she has no idea she is the last in a long line of redoubtable women, including the Tudor nun who built the house.  Unknown to Freya these women, over centuries, fought with whatever weapons came to hand – deception, endurance, even murder – to preserve their home and family.
Freya falls in love with the house but her inheritance includes an enigmatic letter telling her to ‘restore the balance’ of the Lady’s Well.  Besides this, the house seems to be haunted by the scent of flowers.
In the past the Lady’s Well was a place of healing and Freya soon feels safe and at home, but she has demons of her own to conquer before she can accept the happiness that beckons.

AW  Hmm, that sounds most interesting.  And I believe you have brought with you one of your characters.  So let's hear what Mary Draper, a secondary but important person who befriends Freya,  has to say.  Over to you Nicola...

NS  Good morning, Mrs Draper. You’ve probably had more to do with Freya than most since she arrived in Hampshire. Do tell us how you come to know her?
MD  Call me Mary, dear. Freya’s cousin, Violet Wellman, the one who left her the house, was a friend of mine and when she died her solicitor asked me to keep an eye on the house and maybe drop in to see if Freya was all right.

NS  What did you think of her when you first met?
MD  She’s lovely, dear, kind, friendly girl, I wish her cousin could have met her. She said she spent some time in America and she looks fragile sometimes, so I expect there was a man at the root of the trouble. Still, she’s been back in the UK for a couple of years now and she’s PA to that Patrick Underwood, who writes those best-sellers. I’m hoping he’ll come down to Hampshire to visit her.

NS  Freya’s house is very old, isn’t it?
MD  It’s Tudor, dear, with some very unusual features but nobody knows who built it. Mind you, the family were there long before the house; Violet said there were family stories but they’ve been lost over the years.

NS  How do you think she’ll settle to life in a market town in Hampshire? And I believe the house is said to be haunted?
MD  People say they can smell flowers  even when there’s not a petal in the house. So yes, if the scent of invisible flowers means the place is haunted… Still, Ladywell once had a reputation as a place of healing so I think Freya will find it comforting. There’s a few family secrets to uncover before that happens though – and one of them will be shattering but it’s not my secret to tell – though I might give her a hint later. You know, Violet said the house was out of tune and she left Freya a letter telling her to ‘restore the balance’. Heaven knows how she’ll do that!

NS  I gather you’re embarking on an adventure of your own soon? Is Freya helping you with that?
MD  How do you know that? It’s a secret and yes, I’ll need Freya’s help but I haven’t told her yet. Adventures aren’t just for the young, you know.


NS  Thank you for talking to us, Mary. It will be interesting to see how Freya copes with this shattering secret. Can you give us a hint?
MD  My friend Violet always said that the house keeps its secrets, some old and some new, but I do know that Violet’s grandmother hinted about royalty in the family – way back in the past! 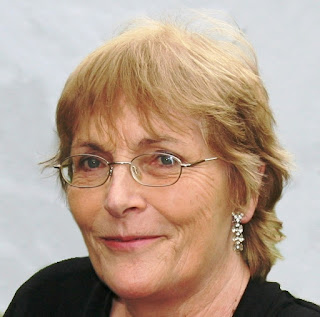 about the author... While her three children were growing up, Nicola wrote children’s stories and short stories for women’s magazines before her first novel, Scuba Dancing, a romantic comedy, was published.  Following this she turned to humorous cosy crime with two series, one Victorian, featuring a young Victorian widow, Charlotte Richmond, and a contemporary series about recently retired headmistress, Harriet Quigley and her sidekick and cousin, the Reverend Sam Hathaway.  All her books are set in and around Winchester, in Hampshire, not far from where she lives with her husband.