Please welcome Vanessa Couchman to my blog this week...

Today, we assume that people marry for love, at least in Western society. Look at the number of hugely popular boy meets girl novels.
But this is a fairly recent trend. Dynastic marriages between medieval royal houses were the norm. They were often contracted when the couple were small children, or even babies. It was common for little princesses to leave their parents to be brought up in the household of their intended.
Royal women had to produce an heir and several spares, since child mortality was high. Eleanor of Aquitaine, for example, had 13 children with two husbands. But if the spares survived to adulthood, there was often a bloody tussle about who should inherit. And royal spouses thought nothing of getting a papal annulment on the grounds of consanguinity, only to marry someone just as closely related if it suited them.
Personal feelings didn’t count, and nobody expected them to. The troubadours composed and sang ballads about love and romance, but this was part of the courtly tradition and had little to do with marital relations.
This approach to marriage didn’t end with the medieval period, nor was it restricted to the ruling classes. Marriages were contracted at all levels of society for money, land or social prestige. They had a solid, practical basis.

When researching into Corsican history for my novel, The House at Zaronza, I was fascinated to discover that, until the interwar years, “Marriages were nearly always the outcome of long, careful negotiations between fathers. The children were rarely consulted.” (Dorothy Carrington, Granite Island: A Portrait of Corsica).
Money was scarce on Corsica, so wealth was rarely the reason for marriage. The power and prestige of the families were deciding factors. Land was often a motive, too, especially when it involved neighbouring plots. Cousins habitually married to keep landed property “in the family”.
This is what happened to the young woman on whose true story I based my novel. She and the village schoolmaster fell in love in the 1890s. Her bourgeois parents would have disapproved, so they met and corresponded in secret. His letters were discovered a century later, walled up in the attic of what is now a B&B. The lovers were doomed never to marry. She had to marry a cousin to keep the family possessions together, but her husband later emigrated to the West Indies without her.
Such Corsican marriages weren’t always unhappy; rather, they were seen as partnerships and the couple accepted this for the good of the family group. Even so, World War II undermined the traditional Corsican code and things changed rapidly after that. 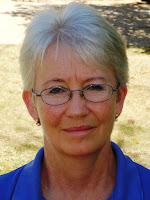 Maybe marrying for practical reasons it wasn’t such a bad thing. But I prefer the modern style!

Vanessa Couchman has lived in France since 1997 and is passionate about French and Corsican history and culture.  Her short stories have been published in anthologies and placed in competitions  She is working on a sequel to 'The House at Zaronza', set in World War II and another novel set in 18th-century Corsica. Vanessa works as a freelance writer and is a member of the Historical Novel Society.